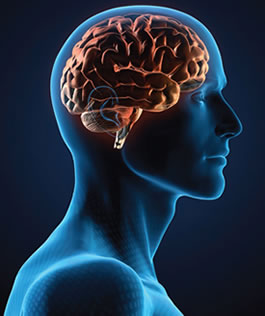 Here are a few brain injury statistics that reveal just how enormous of an issue brain injury has become, locally, provincially, nationally and internationally.

Of all types of injury around the world, injuries to the brain are among the most likely to result in death or permanent disability. In fact, brain injury is currently a leading cause of death and disability worldwide.

Brain injury receives far less funding nationally than any one of the above issues does provincially.

Brain Injury occurs at a rate of 500 out of 100,000 individuals yearly in Canada. From a population of 33,000,000, that translates to 165,000 serious brain injuries per year (rate does not include concussions – or mild traumatic brain injury, military injuries, or unreported cases).

Of those, tens of thousands of become partially or permanently disabled, and more than 11,000 Canadians die.

One in three Canadians is directly impacted by brain injury in some way.

Estimates put the brain injury rate among First Nation peoples at 4-5 times the rate of the general population. 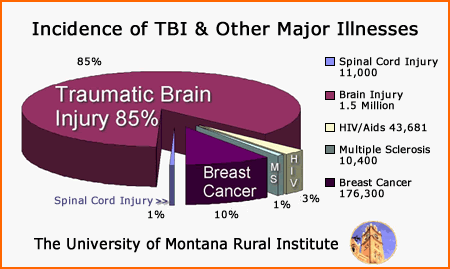 Experts estimate that 60-80% of people in prison have untreated acquired brain injuries, most injured before ever committing a crime.

Acquired brain injury is the leading cause of seizure disorders.

You don’t have to be knocked unconscious to sustain a brain injury. Mild acquired brain injury (MABI), also known as concussion, can damage the brain at the cellular level.

Each severe brain injury costs our medical system over $1,000,000 at the time of injury. Costs remain approximately $400,000 each year following the incident due to indirect expenses and follow-up treatment. 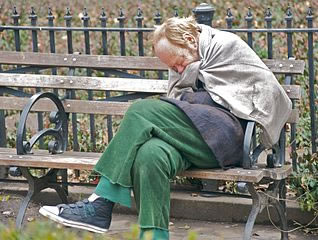 The economic burden of acquired brain injuries and treatment, when combined, is estimated to be greater than $12.7 billion per year.

22% of people who survive catastrophic brain injuries will never leave their homes.

In Ontario, 92% of men, and 100% of women who sustain brain injury, NEVER return to full-time employment.

Today, we are content to refer to brain injuries as ‘getting your bell rung’, ‘seeing stars’, or some other euphemism which trivializes and minimizes the harm that blows to the head causes. Ten years ago we might have pleaded ignorance. We didn’t know about the damage these blows to our children’s heads were causing. Today we have the medical evidence that shows how bad the really news is, and unfortunately, that much of the damage is irreparable.

All misconceptions aside, every single hour, twenty Canadians will suffer a brain injury. The horrifying reality is that 90% of all of those injuries would never have happened to begin with, if we had simply invested money into education and prevention, because the only known cure for brain injury is prevention.

Brain injury is a silent epidemic that needs to come to an end. We may never be entirely rid of its tragedies, but we can decisively reduce its incidence and impact through the work of committed and compassionate people. We urge you to help us by donating to the Northern Brain Injury Association, and by becoming a member.