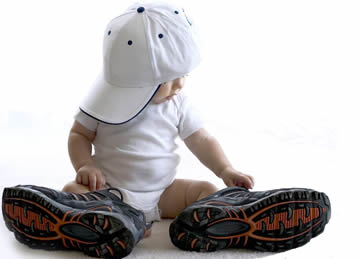 People sustain injuries to their heads from accidents every year, but luckily we have a first line of defense called the skull, which provides a protective layer of bone around the brain. Because of the protection provided by our skulls, most injuries do not inflict serious harm to the brain. However, in more than 50,000 cases every year, the injury is severe enough, that despite our skulls, it requires hospitalization and intensive treatment. 90% of the brain injuries could have been prevented.

The majority of brain injuries are due to vehicular collisions, falls, workplace accidents and playing sports.

In addition to all of its regular prevention activities to help reduce the rate of occurrence and severity of brain injury, Northern Brain Injury Association facilitators and volunteers attend dozens of sporting events per year, speaking to coaches, instructors and referees, and handing each of them information about concussion. They staff information booths during hockey tournaments, tables outside of gymnasiums, and stands at soccer fields. Wherever there is a sport and health care venue available, NBIA personnel strive to be there.

In 2002, the Province of British Columbia stated that brain injury prevention…

In 2015 the government took affirmative action to address these issues by allocating $3 million to supplement the income of charitable non-profit community brain injury organizations over three years. The results to date from that funding have been spectacularly successful. However, in 2018 the funding will run out, though the need for supplemental funding continues to grow.

When In A Vehicle…

Wear A Helmet And Make Sure Your Children Wear Helmets When…

16 Tips For Avoiding Falls In The Home

The Cost Of Not Preventing Brain Injury 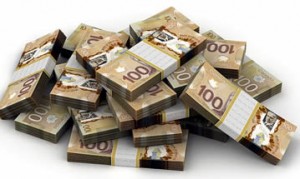 They also place an enormous burden onto our health care and social service systems. Funding brain injury prevention services and programs would dramatically reduce that burden. How much?

To give a clearer picture of the massive return on investment (ROI) that brain injury prevention funding provides, Cloutier & Albert noted in 1998 that simply setting a target of a 20% reduction of falls among the elderly in British Columbia, for example, would lead to 1,400 fewer hospital stays, and 350 fewer elderly people disabled. Based on 1998 rates, that it would translate to savings of over $25 million per year. Nationally, falls are the number one cause of brain injury among senior citizens. The number one place where their falls happen, is in the home.

There are numerous factors to consider when calculating the costs of brain injury, both financial and social. The vast majority of brain injury survivors never resort to crime, but brain injury is still rampant among the inmate populations.

On the conservative side, it’s estimated that 80% of B.C. prisoners have sustained at least one brain injury in their lifetime. And, 60% or more of them experienced their first period of unconsciousness as a child.

– John Simpson, pioneer of brain injury resources in B.C., a founder of the B.C. Head Injury Association and member of the Premier’s Advisory Council for six years

B.C.’s current inmate count is very close to 22,950, which is a fiscal burden of over $1,197,875,200 (one billion, one hundred ninety seven million, eight hundred and seventy five thousand, 200 dollars) per year. If only 10% of the brain injuries that all too frequently lead to incarceration were prevented, it would save taxpayers almost $120 million per year, a very serious return on investment!

Brain injury prevention is an innovative, decisive and progressive move toward healthier, happier British Columbians. Investment into brain injury prevention is the key to massive cost reductions, and is an absolute win-win situation for everyone. Funding brain injury education, prevention and support will save the provincial health care system hundreds of millions of dollars per year, money that could be used to fund many other benefits, services and aids.

In addition, the social benefits are enormous. It will reduce the demand for police response to mental health issues, and will result in significant reductions of suicide and substance abuse, which translate into an additional reduction of hundreds of millions of dollars in costs per year.